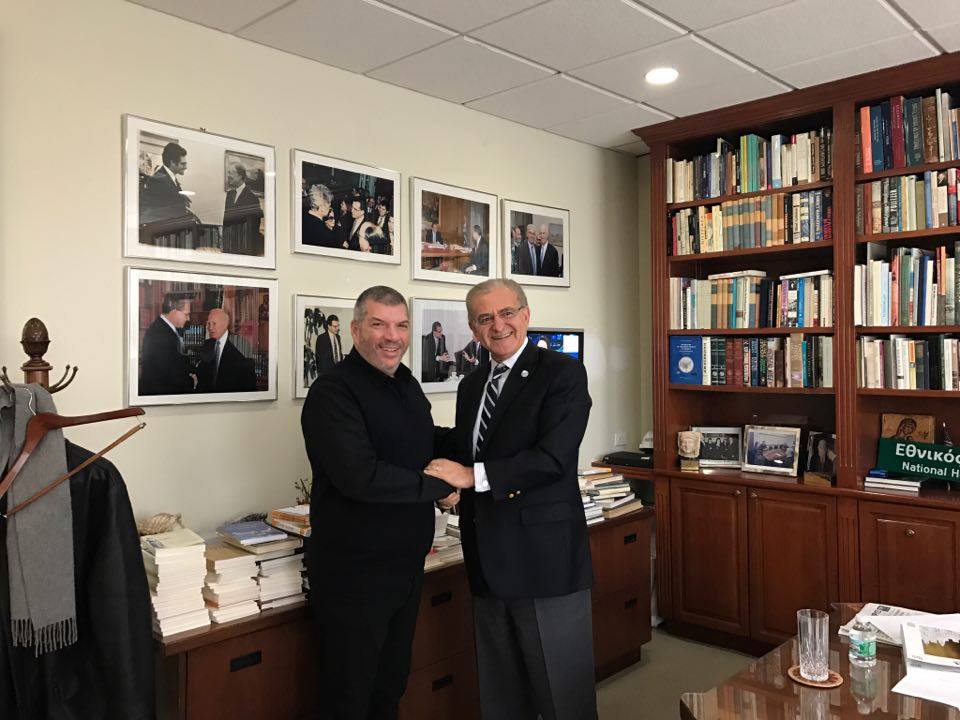 Mr. Kostas Skagias, during his visit to New York, was interviewed by the longest published newspaper of Diaspora, National Herald.

After his meeting with the president of the newspaper, Mr. Antonis Diamantaris, Mr Skagias was interviewed by the National Herald’s news editor, Mr. Dimitris Tsakas.

Mr Kostas Skagias, Ambassador of Aegean Islands & Strategy manager of Project Aegean Islands Promo stated that Greece in general, including the Americans’ favored destinations of Mykonos, Santorini and Crete, among others, is ready to welcome the American tourists again this year’s summer season and extended an invitation to Diaspora for summer vacation in Greece .

Cresanto Luxury Suites is an oasis in the daily routine world