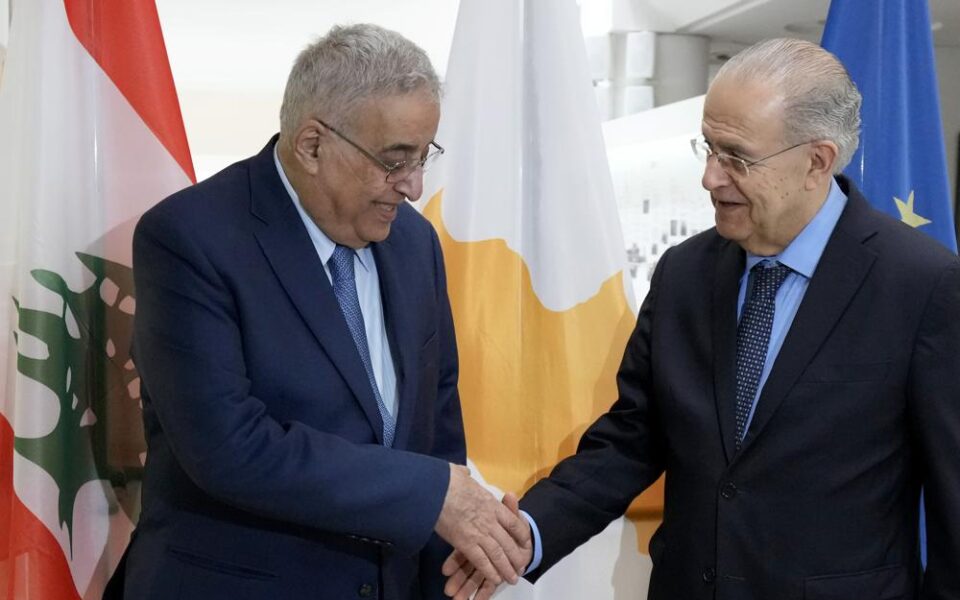 Lebanon is ready to work with Cyprus to exploit potential gas deposits in waters between the two east Mediterranean countries, Lebanon’s top diplomat said Friday, even though a deal on offshore rights hasn’t been formally finalized.

Cyprus and Lebanon signed an agreement delineating their respective offshore exclusive economic zones in 2007, but the Lebanese parliament has yet to ratify it amid the country’s ongoing maritime border dispute with Israel.

Nevertheless, Lebanese Foreign Minister Abdallah Bou Habib said after talks with his Cypriot counterpart in Nicosia that “with Cyprus there’s no problem, once we found gas we’re ready to go, put it together.”

“We talked about it and I can assure you that Lebanon is ready to do it,” Bou Habib said.

The Lebanese top diplomat’s remarks come as Europe is seeking new energy sources to wean itself off Russian gas in the wake of Russia’s invasion of Ukraine.

Cyprus has issued exploration drilling licenses to ExxonMobil and partner Qatar Petroleum, a consortium made up of French energy company Total and Italy’s Eni, as well as Chevron and partner Shell, to most of its 13 segments in its exclusive economic zone off its southern coast.

To the north, Cyprus faces an intense challenge from Turkey which claims much of the island’s EEZ as its own and has sent warship-escorted survey ships into the area – earning condemnation from the European Union, of which Cyprus is a member.

Cyprus was split along ethnic lines in 1974 when Turkey invaded following a coup by supporters of union with Greece. The breakaway Turkish Cypriot north is only recognized by Turkey.

Lebanon’s Bou Habib said a US written mediation proposal submitted earlier this year that aimed at resolving the Lebanese-Israeli dispute, while much better than previous attempts, is “not enough yet.”

He said both Lebanon’s government and its lawmakers are “all in agreement” on what they seek from a deal with Israel.

“Therefore the response to the Americans hopefully would be soon and it would be one response,” Bou Habib said.

Any discoveries within Lebanon’s own economic zone would be a long-term boon for the crisis-hit country’s beleaguered economy.

Lebanon’s economic crisis has been described by the World Bank as one of the world’s worst since the 1850s. Tens of thousands of people have lost their jobs since October 2019 and the Lebanese pound lost more than 90% of its value. [AP]

101 Ways to Have Fun This Summer

Smiles in the heart of Barkia Beach Santorini