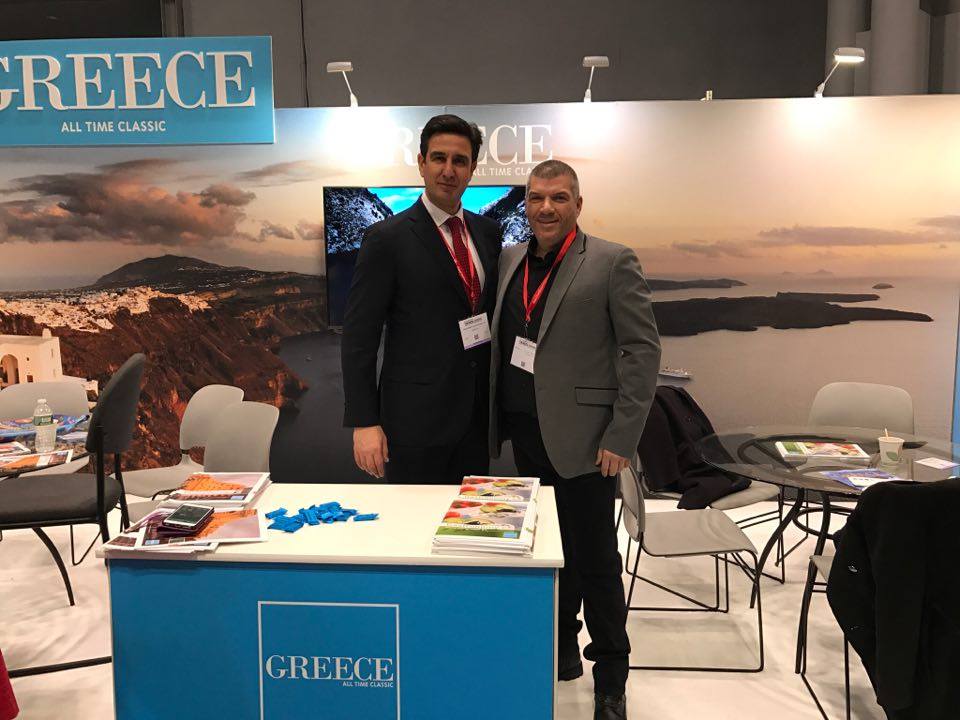 The 2017 New York Times Travel Show just opened its gates today (Friday, Jan. 27), with a Trade Day open to travel professionals and media. Doors will be open to the public on Saturday and Sunday (Jan. 28-29).

Mr. Kostas Skagias is ready to promote the Aegean islands and premium members of Hellenic-American Chamber of Tourism to travel professionals and media who will visit GNTO’s booth today.

The previous days, Mr. Kostas Skagias has met with Hellenic-American Chamber of Tourism ambassadors in New York for briefing and planning the communication strategy in the USA.

The Travel Show is the largest and longest-running trade and consumer travel show in North America, featuring the Travel Industry Conference, Consumer Seminars, and an interactive Exhibition including more than 500 exhibitors from Africa, Asia, Australia/South Pacific, Canada, the Caribbean, Europe, Latin America, Mexico and the United States.

A new love for medieval-style travel

Best Places to Travel in July

8 TRENDS THAT WILL SHAPE TRAVEL IN THE FUTURE