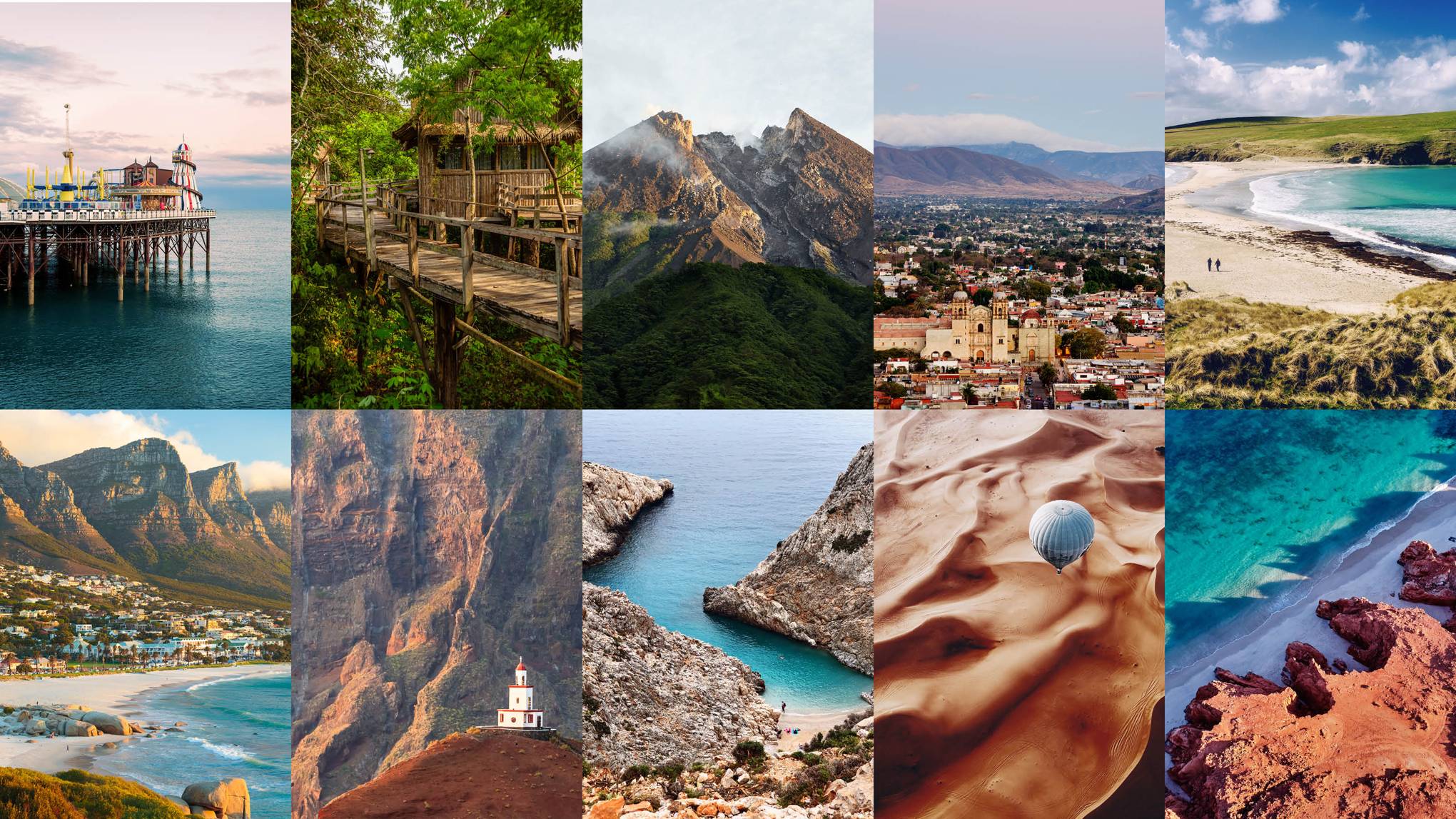 Perhaps 2020 was the year you’d planned to travel in a big way. The year you’d seek out secret beaches muttered about by in-the-know locals. The year you’d camp in a rainforest, see waters lit by bioluminescence and have a celebratory swig of something strong atop a wind-battered mountain.

Instead, 2020 was the year the world took a breath and travel had to reinvent itself. After the colossal earth-shake of the pandemic, what’s certain is that we’re going to be travelling more thoughtfully from hereon in. But perhaps, also, more gleefully. We will appreciate every lingering orange-slice sunset; we will feel every grain as our toes sink into the sand. We’ll think harder about how our journeys affect local communities and do more research into where our money is best spent. And while the way we travel might change, what we want from our precious holidays is, and will always remain, the same.

That’s why we’ve taken great care in selecting our top holiday destinations for 2021. On the list you’ll find a geographically diverse range of trips, from eco-cool enclaves in Central America to some of the best places in Europe. As always, we’ve listened to the surfers, the architecture buffs and the foodies; we’ve considered go-slow camping spots in Australia as well as buzzy African metropolises. With events such as the Olympic Games in Tokyo being postponed to 2021, we’ve thought about how these shifts will influence the holidays we take. There are some destinations that have been on our radar for a while – Vietnam, the Caribbean – and there are those that are reckoning with their own difficult past and, as is the case with Charleston, undergoing an important process of reinvention. As 2020 has been the year of the staycation and while UK breaks are at an all-time high, we’ve included not one but three top places to visit in the UK in 2021.https://www.youtube.com/embed/CLQ8h7HeG7c

Whatever your tastes, these are some of the best holiday destinations for 2021. Of course, the options are endless, and the world will always be there for exploring (do check FCO advice and what the latest travel quarantine rules are before travelling), but this is our pick of the spots that should not be missed.

8 TRENDS THAT WILL SHAPE TRAVEL IN THE FUTURE

Santorini Hotel in best 5 Luxury globally, according to Booking.com