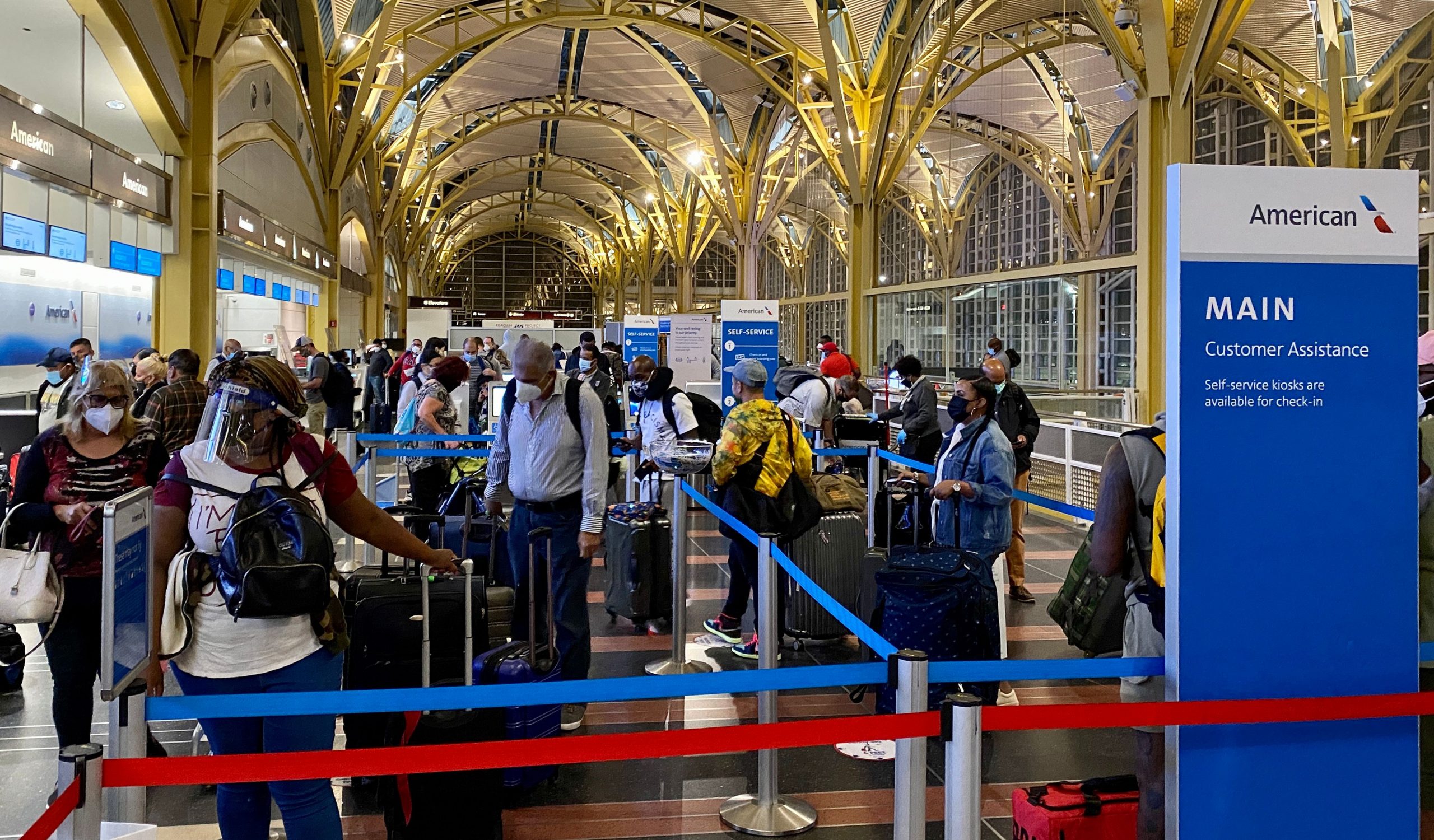 (CNN) — Wearing a face mask will soon be federally mandated for interstate travelers in the United States, according to an executive order signed by President Joe Biden on Thursday.The travel order applies to airports and planes, trains, ferries, intercity buses and public transportation.The order is a directive to several agencies to take action to require masks be worn in compliance with Centers for Disease Control and Prevention guidelines.At this point it is unclear exactly how the requirement will be carried out. The Transportation Department referred questions about how the order will be implemented to the White House.

The move to mandate masks was immediately celebrated by a flight attendants union.”What a difference leadership makes! We welcome President Biden’s nationwide approach to crushing the virus and lifting us out of this pandemic,” said Sara Nelson, Association of Flight Attendants-CWA International President, in a statement.Nelson said the mandate would provide “much needed back up” for flight attendants and other aviation workers on the “front lines.”While major US airlines instituted their own mask requirements in spring 2020 in the absence of a federal rule, enforcing mask policies has largely fallen on flight attendants, some of whom have reported aggressive confrontations with passengers refusing to wear masks.Airlines say they have made good on their pledges to bar passengers who do not comply from future flights. Industry group Airlines for America (A4A) says its members have banned thousands of passengers.Delta Air Lines recently said it has restricted 880 passengers because of mask noncompliance.Related contentWhen will international travel return? Here’s what we know right now

Earlier this month, the Federal Aviation Administration announced a stricter approach to dealing with unruly passengers.Passengers who assault, threaten, intimidate or interfere with airline crew members can face fines of as much as $35,000 and even imprisonment, according to the FAA.In December, the FAA proposed fines of $15,000 and $7,500 for two passengers “for allegedly interfering with and assaulting flight attendants who instructed them to wear face coverings.”The flight attendants union AFA first called for a mask mandate on planes in April 2020 in a letter to then Secretary of Transportation Elaine Chao and Secretary of Health and Human Services Alex Azar.The Trump administration resisted calls from the industry and workers to develop a mask requirement. Chao said that she believed the issue could be better handled by companies and their employee unions.Related contentCovid-19 travel restrictions state by state“When the federal government gets involved, we tend to be much more heavy handed, we tend to be inflexible, and once we put a rule in place, it takes a long time to remove that rule if conditions change,” she said last summer.Airlines for America, which represents major air carriers in the United States, noted Thursday that US airlines have been enforcing face covering requirements since April 2020.”U.S. airlines have been supportive of a federal mandate as an additional layer of support and welcome today’s Executive Order, which will strengthen our flight crews’ ability to enforce face covering requirements for the duration of the pandemic, said Nicholas E. Calio, A4A’s president and CEO, in a statement.Related contentThe new US Covid-19 test requirement for travelers: What you need to knowBeyond air travel, the mandate will apply to trains and other means of interstate travel. Amtrak noted that it also has an existing requirement for customers and employees to wear face masks but welcomed the order.”A federal directive that passengers are required to comply with would reinforce our current policy,” Amtrak said in a statement.In addition to the mask mandate, Biden also ordered on Thursday that all travelers, including US citizens, will be required to show proof of a negative Covid-19 test before entering the United States from abroad. The order underscores the CDC policy announced last week.Biden also called for a requirement for travelers to comply with “CDC guidelines concerning international travel, including recommended periods of self-quarantine or self-isolation after entry into the United States.”Among those recommendations, the CDC advises travelers to get tested and stay home for seven days after higher risk travel.The executive order calls for a plan from various agencies for how quarantine and isolation rules could be implemented.

Welcome to villa Oinone by All Greek Villas in Santorini