The first time I met Veronica Grechi, I almost made her cry. Not because of anything I said or did — not intentionally, anyway. But back in February, when I arrived, I was her first guest in four months. And as the owner of a B&B with just four rooms (Velona’s Jungle in Florence), the glimmer of hope that I offered — even on a quick work trip — was almost overwhelming.

Three months on, Veronica was on tenterhooks, awaiting her first foreign guests of 2021.

“I’m really emotional,” she WhatsApped me the night before their arrival. “I’m so happy to see my guests because I’ve missed them so much. Seeing the city empty made me weep every time I went for a walk because Florence’s beauty was made to be shared — and to have it to ourselves wasn’t natural.”

As someone whose job doesn’t rely on tourism, my feelings are a bit more mixed. Sure, Italy needs visitors, and fast — tourism makes up approximately 13% of the country’s GDP, and destinations such as Venice, where I live, have been decimated by the lack of visitors.

And, of course, travel is one of the most transformative experiences we can have. Italy has changed my life — and it pains me that others have been blocked from bringing it into theirs for the past 14 months.

But I do have concerns about the floodgates reopening again. This partly includes public health reasons — Italy has suffered hugely during the pandemic, and the wounds haven’t yet healed. It has the second-highest death rate in Europe, and as it prepares to open its borders, only 14% of the population has been fully vaccinated at the time of publishing, The New York Times reports. My 86-year-old friend? He won’t be safe until the end of June. (This leads me to masks. Here, masks are mandatory, even outside, to protect each other.)

Another concern is that, for the past few years, Italy has been at the center of Europe’s overtourism problem. As financially devastating as the pandemic has been, the past year has also given us all a chance to see how tourism could — and should — be.

For me, that February trip to Florence was one of the most magical of my life. Every day for a week, I would sneak into the Uffizi Gallery on my way back from work, making my way around the greatest collection of Renaissance art in the world, frame by frame.

Visitors keep their social distance at the reopened Uffizi, which was closed for almost three months due to coronavirus, on June 3, 2020 in Florence, Italy. The Uffizi reopened as ‘Slow Uffizi’, with a new way of visiting due to anti-contagion rules. There will be half of the visitors allowed and ‘social distance signs’ which will indicate the exact points and how many people can stand in front of a painting, enabling a slower, calmer visit. | CREDIT: LAURA LEZZA/GETTY IMAGES

In peak season, up to 12,000 people can clog the gallery. But midweek, during Italy’s semi-lockdown, I found myself alone with the art day after day. There were no queues, no jostling to get close. It made me realize that what I thought of as gallery-induced mental exhaustion in the past was purely the physical stress of crowds.

I got so close to Botticelli’s “Venus” that I could see the brushstrokes; I locked eyes with Raphael’s portraits of the 16th century — it was just us in the room.

For once, I had time to slow down. I spent a week seeing one gallery, instead of quickly ticking off the big hitters on my list — and the difference was extraordinary. Rather than coming out harried, I felt as if all that art had genuinely shifted something inside of me.

Of course, few people are going to be as lucky as I was in February (or May, when I went back and found myself alone with the masterpieces again). Next time I go, Italy will have reopened — I’ll have to line up for a ticket, peer over people’s shoulders to glimpse “Venus,” and get pulled through the gallery in the visitor current.

Unless, that is, I change my behavior as a tourist. That’s what I’m planning to do — and that’s what I think we should all be doing, for our own sake, as well as Italy’s. I wish everyone could have the same experience of slow travel as I’ve had over the past few months.

As an outsider living in Italy, I often feel like a tourist in my hometown of Venice — every time I step outside, there’s something to see.

People talk about overcrowding in Venice, but as Valeria Duflot of social enterprise Venezia Autentica once told me, the problem isn’t the number of tourists — it’s that the vast majority of visitors stick to just two places: St. Mark’s Square and the Rialto Bridge.

But as spectacular as they are, Venice isn’t really about that. The real Venice isn’t the one you’ll find in the €1 snow globes for sale in every souvenir shop. It’s in the handblown glass that maestro Stefano Morasso twists into vases and cups on Giudecca island; in the delicate cicchetti snacks sprinkled with flower petals at wine bar Schiavi; and in the masterpieces by Titian and Tintoretto that seem to lurk quietly in every other church. 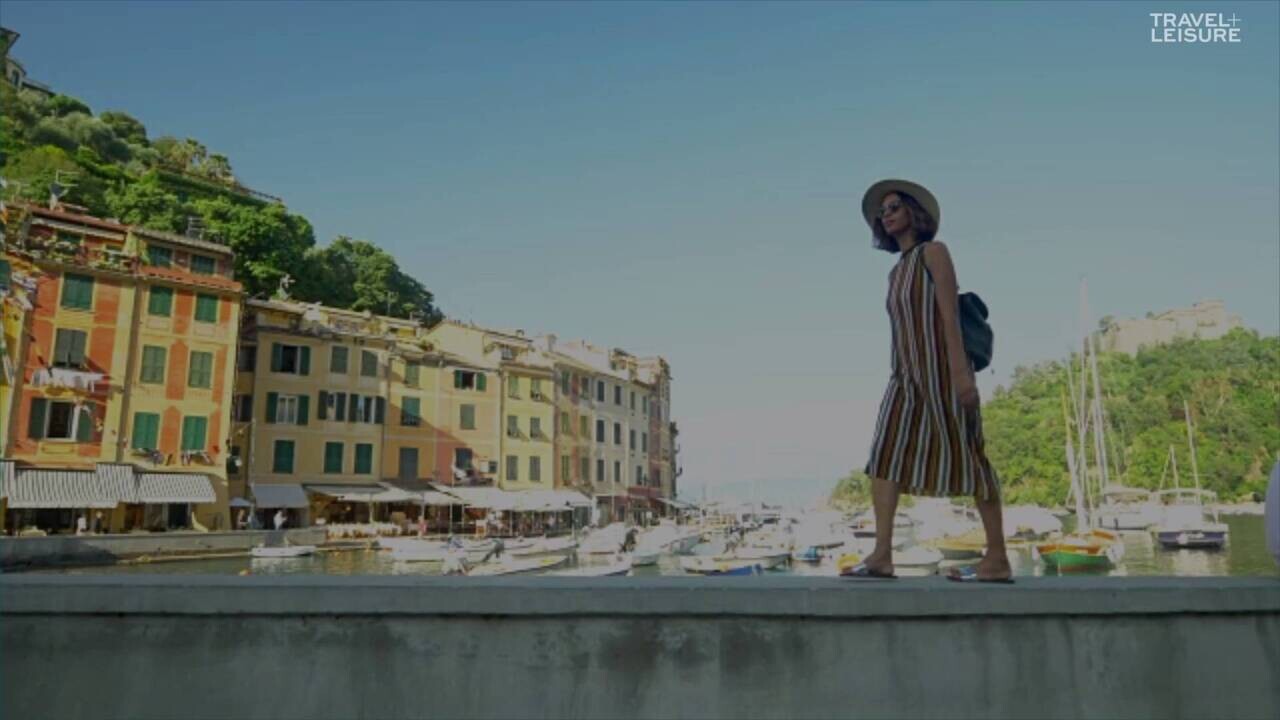 It’s in the rhythm of daily life: seagulls swarming around the Rialto market as dawn breaks, the Amazon Prime delivery carts rattling over bridges as you sit with your morning cappuccino, and kids playing soccer in the squares after school. And there’s no time to feel it if you’re rushing.

Obviously, I know what it’s like being a tourist. I travel with a list of things I want to see, and I’ve been known to hurry around one must-see place so I can continue on to the next. But not being able to travel — and then traveling slowly — has made me realize how precious it really is.

“Over these months of travel bans, we should have learned not to take the experience for granted — that travel isn’t simply about consuming, but that it has a value and can give so much back, both to the traveler and the host,” she said.

“It’s important that as we start [traveling] again, we choose places to stay or buy from that enrich us. We realize now that even traveling a few miles can’t be taken for granted, so we should discover what’s authentic in the places we go.”

For me, the hope is that responsible travel will be everyone’s goal when going to Italy in 2021. Traveling here, especially when many locals are still waiting to be vaccinated, is a privilege. And the best way to repay that privilege this year is by minding where your money goes.

Perhaps that means booking a locally owned property — you’ll get more of a sense of the destination, while the income could save a business. Or, maybe it’s picking a souvenir that’s handmade by one of Italy’s artisans using centuries-old techniques.

Rather than trying to cover the entire country in a matter of weeks, go slower. Pick a couple of places and really get to know them.

One of the empty streets in Burano island, part of the Venice Lagoon during the Covid19 Emergency in April 2020 | CREDIT: GIACOMO COSUA/GETTY IMAGES

And instead of grabbing a to-go slice of pizza, and sitting on the church steps to eat it, have a proper restaurant lunch. Last weekend, I went to Burano, along with a couple thousand other day trippers. I sat down for lunch at the famous Gatto Nero restaurant, and staggered out at 7 p.m., after owner Massimiliano Bovo cracked open some prosecco to celebrate the reopening with his guests and the local fishermen, who supply the establishment. His dad and chef, Ruggero, was thrilled to see tourists again, but he told me that most visitors simply walk around the island taking photos of the colorful houses, and then get back on the ferry. There needs to be a more equal exchange, he said.

For Italians who rely on tourism, the pandemic has been catastrophic. Of course, everyone here wants you back. But now’s the time to tread lightly and spend locally — to see the country we all love get back on its feet again.

Canada’s Ice Hotel Is an Incredible Winter Wonderland — and Now You Can Explore...