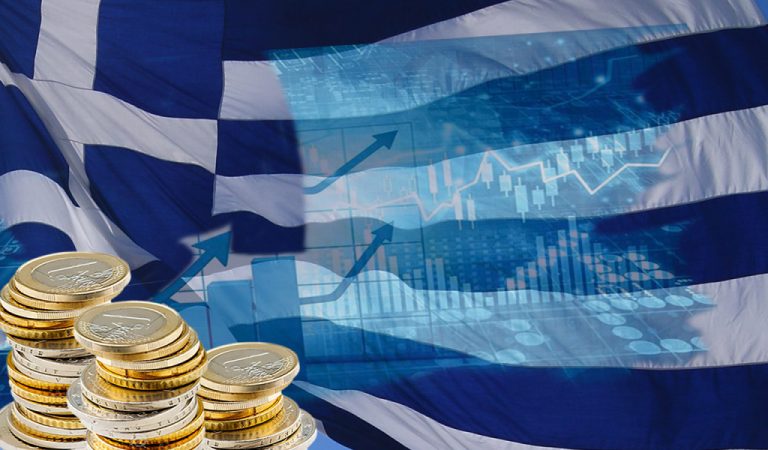 Morgan Stanley maintains a “constructive” stance on the Greek economy, expecting a further drop in GGBs and an outperformance of Greek shares compared to the rest of Europe. At the same time, Morgan Stanley is proceeding to upgrade the targets for the shares and the profitability of Greek banks.

In more detail, Morgan Stanley expects that despite global adversities the Greek economy will outperform this year. Higher prices will put pressure on consumers in the winter, but good fiscal health will partially offset the losses. At the same time, the economy will benefit from the National Recovery and Resilience Plan.

In the medium term, Morgan Stanley is adopting a “constructive” stance on Greece, which it largely links to the execution of investments and the implementation of reforms within the framework of the Recovery Plan. He expects a significant slowdown in GDP growth in 2023, but believes Greece can avoid recession and outperform the rest of the eurozone.

Morgan Stanley places particular emphasis on the boost from tourism in 2022. “We believe that the normalization of tourism activity will be one of the main drivers for strengthening growth this year in Greece,” it notes, although it points out that the recession in the rest of the eurozone – the base scenario for 2023 – will cause a possible slowdown in tourism activity in 2023. A compensating factor is the fact that 40% of tourist flows to Greece come from countries outside Europe.

The job market is a challenge

A challenge for the Greek economy, notes Morgan Stanley, is the country’s weak labor market, which is expressed mainly in the high unemployment rates. The unemployment rate is expected to continue to decline, but the upward trend in employment will be halted in the new year as economic activity slows due to inflation. It estimates that unemployment will drop to 11% by the end of 2023.

As concerns inflation, Morgan Stanley estimates it will average 9.5% this year. Electricity prices will remain high in 2023 due to the increase in the price of natural gas, but it is estimated to gradually moderate to 3.3% by the end of next year.

As for Greek bonds, Morgan Stanley reports that the improvement in the country’s fundamentals is not going unnoticed by the markets. The spread between the ten-year bonds of Greece and Italy will move from 0 to 50 basis points. He notes that the country’s high debt is not a problem “for now” – as the picture could change over time. But, as Morgan Stanley points out, the debt structure is such that it leads to an extremely low interest rate, “the lowest of all euro area countries” and the picture is not expected to change in the near future. Finally, the ECB’s new measures provide an additional safety net in the event of “an unjustified tightening of financing conditions in Greece”.

Morgan Stanley makes a separate report on the possibility of a complete shutdown of natural gas flows from Russia, noting that the country’s exposure to Russian gas has decreased over the past two years due to TAP, while LNG imports from the US have been steadily increasing. The increase in imports of liquefied natural gas from countries such as Algeria, Egypt and Nigeria as well as the maximization of quantities through TAP are moves that could partially compensate for a possible interruption of flows from Russia.

In any case, as Morgan Stanley reports, Greece is not unaffected by the rise in the price of natural gas, which is pushing inflation ever higher and squeezing the disposable income of consumers.

Finally, Morgan Stanley’s baseline scenario sees the current government remaining in power until the summer of 2023, despite the resurgence of talk of early elections due to the wiretapping issue. However, he notes that if, despite this, early elections are held in the fall, they will not

The world’s best airline for 2022 named

Sipping cocktails by the pool never felt so good⁠ at Nikki Beach Resort &...

Flight Plans Of Gulf Air For This Summer