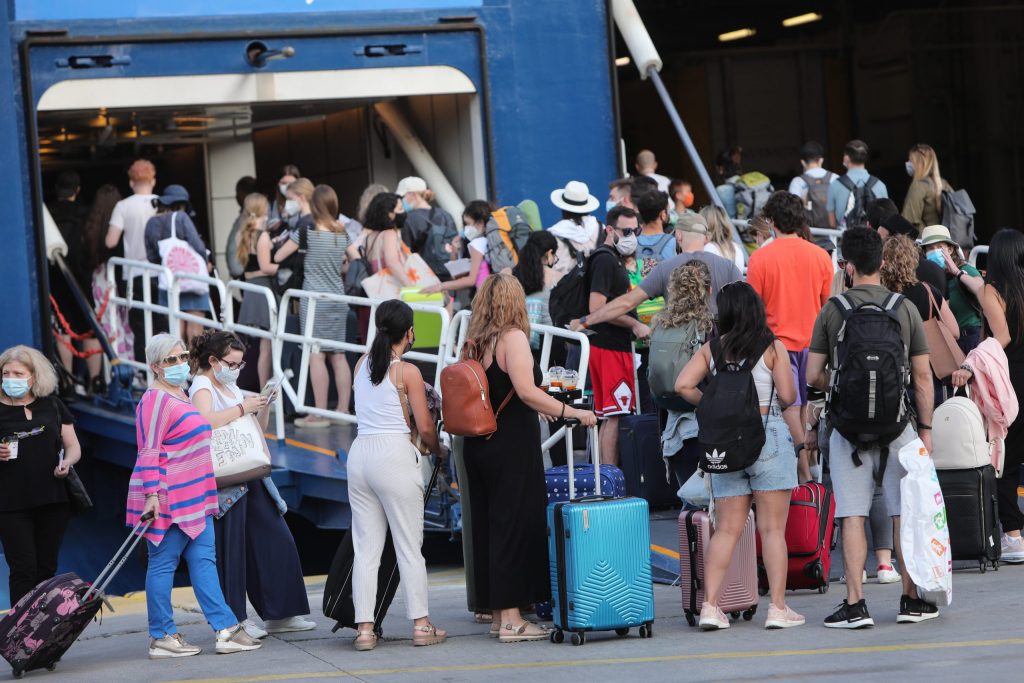 From 80% to 97% advance bookings in popular tourist destinations

Tourist accommodations will continue to record high occupancies until the end of October, in Greece’s top resorts, multiplying the smiles of tourism agents who see the big bet of extending the season coming closer and closer.

The figures from short-term leasing are characteristic. Such rentals recorded significant growth again this year and are expected to surpass even the levels of 2019.

According to data from online platforms, pre-bookings for luxury holiday homes with private or shared swimming pools up to the first week of October range from 80% and reach up to 97% in various popular island destinations.

The islands that stand out

The highest pre-bookings are in Santorini and Mykonos, while information indicates that a similar picture exists for Crete and Rhodes (the main “steam engines” of Greek tourism). Equally satisfying are the messages coming from Hydra and Naxos, as well as Skiathos and Skopelos.

According to research by AirDNA, it appears that the demand for short-term rentals during the summer season, based on the bookings made for the months of July, August and September, records an increase of 26.5% compared to the corresponding period of 2019, being the top performance across Europe and showing at the same time that the Greek summer now has a longer duration and does not stop with the opening of schools at the beginning of September.

In fact, this year the revenue target is over 1.4 billion euros revenue, surpassing the turnover of 2019.

“The sector of the sharing economy is changing everywhere and not only in our country, but in almost all the European countries of the South, such as in Spain, Italy and France, where they “exploit” the resources of the Recovery Fund. So possibly it is a part of the new model that is already taking shape and at the same time it is an opportunity for both domestic and non-investors as well as property owners” notes the president of the Panhellenic E-Real Estates Network, Themistoklis Bakas, pointing out that we should move quickly so that we can immediately respond to the challenges of the new “era” that is coming.

An experience like no other at Amor Hideaway Villas

Fashion is what you buy at Love Me Santorini