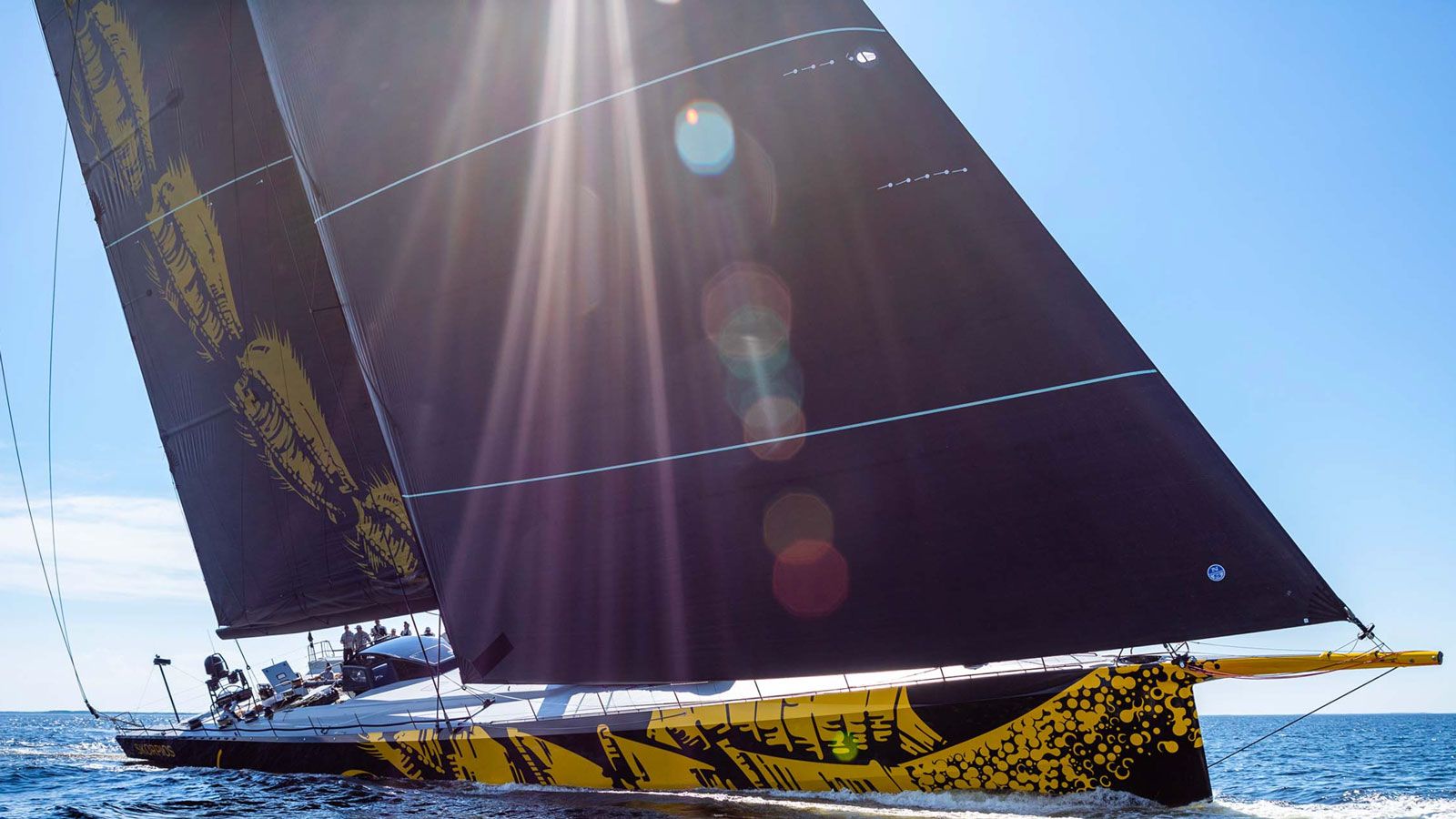 As we build up to the Life Under Sail conference, which will take place at the Yacht Club de Monaco on November 10th, BOAT rounds up the best sailing yachts to be launched in 2021, starting with “record-breaking” 42.5m Skorpios… Book tickets before the event sells out below. BUY TICKETS

Nautor’s Swan’s first 42.5 metre ClubSwan 125 series, Skorpios was commissioned by a “passionate sailor” wanting to “create a high-performance, record-breaking superyacht”. As a result, the ClubSwan 125, which was designed by naval architect Juan Kouyoumdjian, is built from lightweight materials, including carbon fibre prepreg and nomex/corecell core for a light displacement in the water. Elsewhere Skorpios features a single curved foil that provides sideways and vertical lift in varying conditions which also reduces the drag of the hull and loss of dynamic righting movement.

The 44.6 metre custom superyacht Path is the third largest yacht built by yard Baltic by volume. Sporting naval architecture and interior design by Judel Vrolijk design studio, Path was commissioned by an experienced owner and features a lifting keel, reducing the draught to 3.4 metres. Path takes full advantage of its 9.45 metre beam, with accommodation for a total of eight guests and the owner’s cabin located amidships alongside an upper lounge area and a 2.7 metre video wall.

Built in steel and aluminium, Mengi Yay‘s, 42.5 metre flagship sailing yacht L’Aquila IIwas delivered to its owner in June 2021. L’Aquila II was first commissioned in May 2019 by a repeat client looking to upgrade their previous 34m sailing yacht named L’Aquila. L’Aquila II features naval architecture and exterior design courtesy of Ginton Naval Architects, while the interior comes from the boards of Rush Design.

The fourth yacht in Southern Wind Shipyard’s 35.4 metre SW105 sailing yacht series, Taniwha was commissioned by a “passionate yachtsman” and first hit the water in Cape Town in April 2021. Designed by Farr Yacht Design and Nauta Design, Taniwhawas built with a carbon fibre hull, intentionally lightweight hydraulic and electric power management systems, meaning the yacht is three tons lighter than the other hulls in the series.

Turkish yard Bodrum Oguz Marin’s 34 metre Miti One was launched in August after being built on spec by the yard in Turkey with construction starting in January 2020. Featuring an interior of 180GT and a beam of 8.4 metres, the yacht accommodates 12 guests in five staterooms with a crew of seven. The yacht is part of the Turkish shipyard’s ‘MiTi Navi’ series of semi-production sailing yachts built in steel. The series comprises 26, 34, 42 and 50 metre sailing yachts, all with in-house naval architecture and design.

The first 36.55 metre Swan 120 sailing superyacht was built by Nautor’s Swan and made its global debut at Monaco Yacht Show this year. Penned by designer German Frers, the yacht is the flagship of the yard’s Maxi Line series and represents a “new era” of performance yachts for Swan. There are two interior configurations, courtesy of designer Misa Poggi, to choose from; either with the owner’s cabin aft or forward. Both configurations include an additional three guest ensuite cabins, with one double and two twins.

I Traveled to Greece As Soon As It Reopened to Americans — Here’s How...