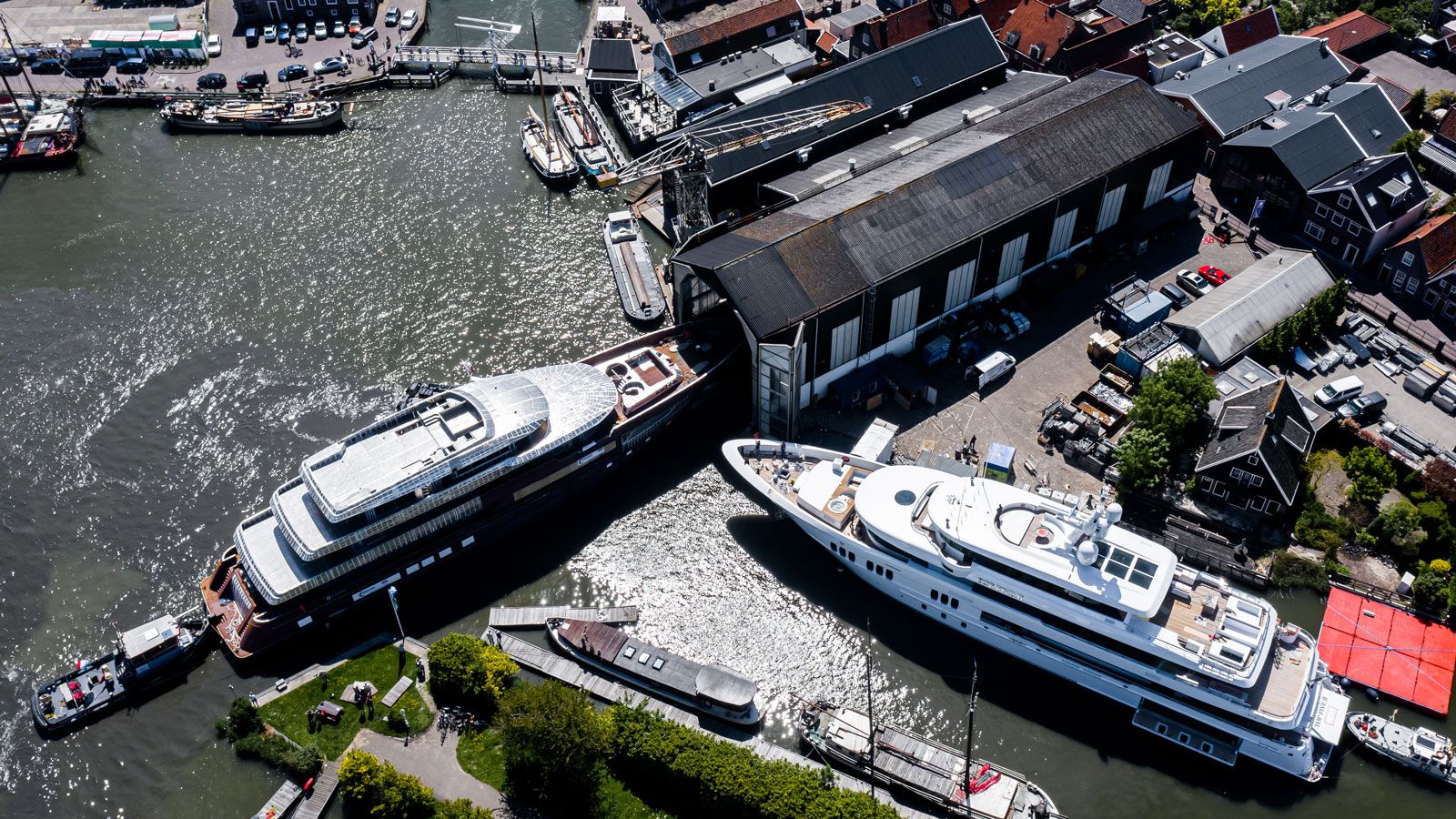 Under the codename Project YN254, the sale of the yacht was completed by Fraser broker Jan Jaap Minnema and is his fourth Royal Hakvoort sale in recent years.Read More/Royal Hakvoort’s 61m superyacht Project Asia revealed

The yacht will sport an exterior and interior from the boards of Sinot Design while naval architecture will come courtesy of Diana Yacht Design.

Speaking about the project, Minnema said: “We have accumulated 13 years and over 100,000 nautical miles of yacht experience. It is a pleasure to build this family boat in the Netherlands with this all-star Dutch team.”

Construction will commence at Hakvoort’s Monnickendam facilities, with a delivery date slated for 2025.

Project YN254 will feature a wide beam of 11.6 metres and a 1,435GT interior, which will have “a carefully considered balance of indoor and outdoor spaces”, according to Fraser.

The yacht will feature a large pool on the main deck alongside a lounge with a bar, while the beach club with its own gym. Elsewhere, the sundeck will host a Jacuzzi and the bridgedeck will have a massage room and library.

Accommodation will be for up to 14 guests in six cabins, comprising of a fully private owner’s deck, four suites on the main deck and a large family apartment located on the lower deck.Read More/Hakvoort motor yacht Sealion sold

“We are proud to have received the ‘Royal’ designation,” said the Hakvoort brothers, Klaas and Albert Hakvoort. “This milestone is a huge encouragement.”

There are currently two other projects underway at Royal Hakvoort, including 61 metre Project Asia and 45 metre Project Adur. Exterior renderings are yet to be revealed.

21 European Cities That Are Even Better in Winter

EasyJet up strongly to Greece, 2021

Tourism: Records and concerns for the future