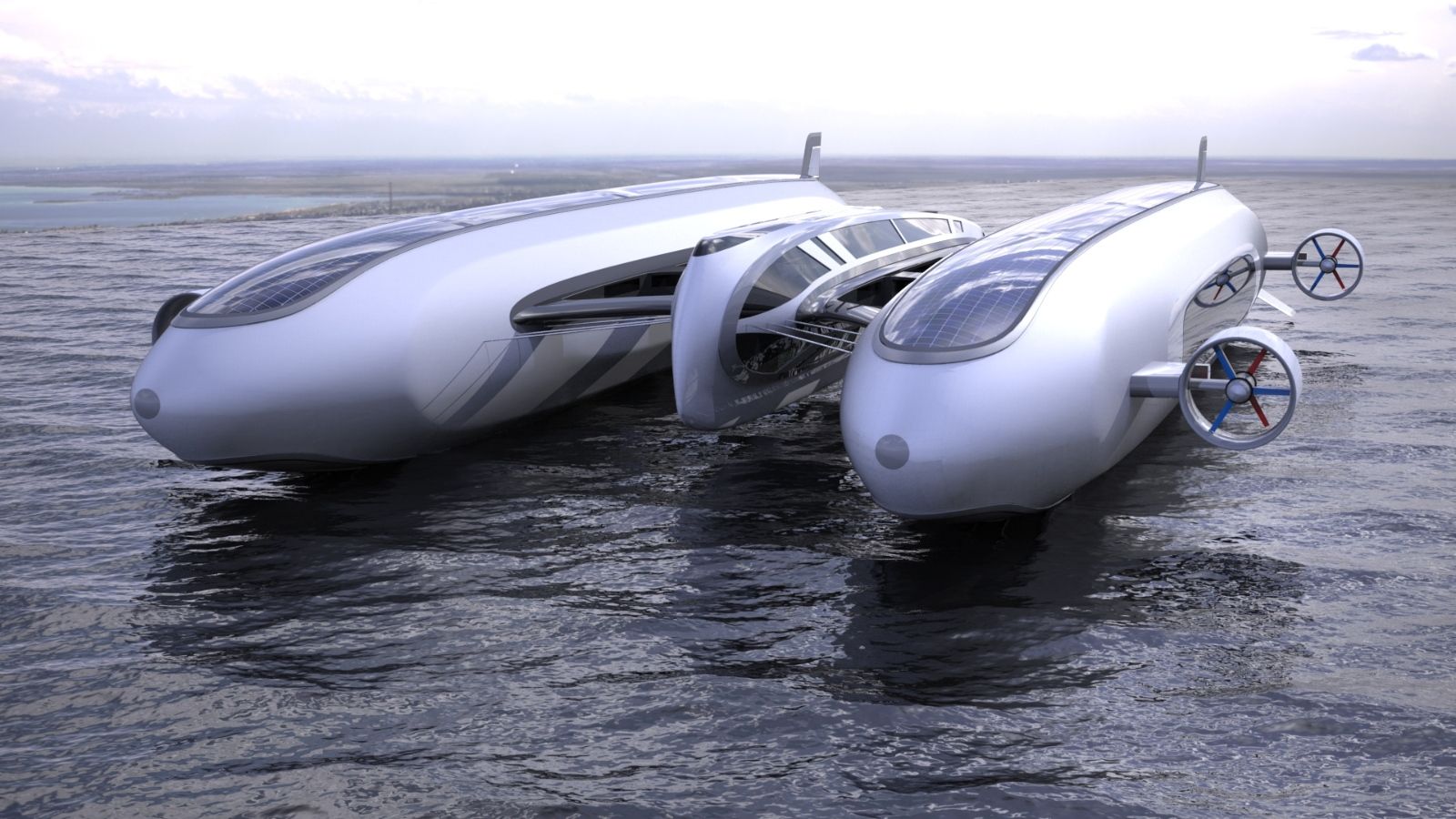 Constructed in carbon fibre, the concept is made up of two 150 metre airships that are connected via four bridges to a central 80 metre hull.

The two “floating balloons” are divided into hives that store helium gas. When in flight, the compressed helium is released and can provide enough propulsion for journeys of up to 48 hours at 60 knots. When cruising on the water, the Air Yacht “sails quietly” at five knots.

Speaking about the concept, the studio said: “With the Air Yacht, there is a way to sail the sky without emissions damaging the future.” With kerosene the fuel of choice for most planes, Air Yacht sees Lazzarini attempting to offer a “greener option”.

The concept has all the amenities found on a regular luxury yacht, with the central hull hosting a large dining area and living space. Above sits a helipad with an accompanying helicopter.

Meanwhile the two airships each have large windows, affording guests a view of their surroundings when in flight.Read More/The most extreme superyacht concepts in the world

The concept comes equipped with its own helicopter

Accommodation on board the concept is for a total of 22 guests in 11 cabins, comprising of five en suite staterooms on each airship and a master cabin located in the central area with a 360 degree view.

“It’s not intended for touristic purposes,” the studio added. “It’s for a private owner who wants both a superyacht and evolution in aviation.”

Lazzarini has unveiled a number of extreme designs in the past year including a 127 metre swan-inspired superyacht concept and a 69 metre concept with a giant hole in its superstructure.

THE BEST CHRISTMAS LIGHTS IN LONDON 2020

30 Trips to Plan a Year in Advance