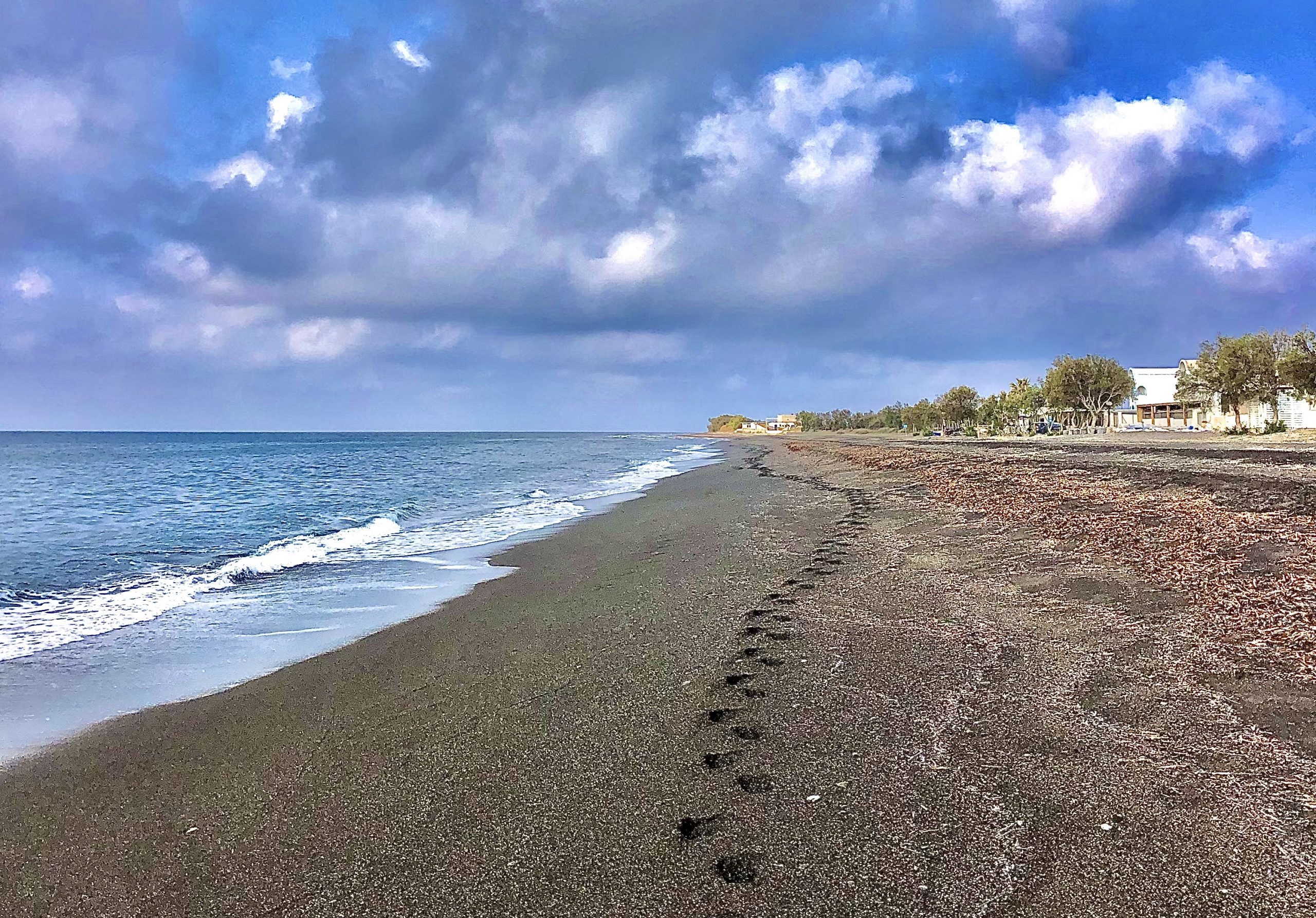 Editor’s Note: Those who choose to travel are strongly encouraged to check local government restrictions, rules, and safety measures related to COVID-19 and take personal comfort levels and health conditions into consideration before departure.

When you think of a beach vacation, you probably envision pristine white or golden sands and turquoise waters. And while there’s nothing wrong with that picture, there’s just something mysterious and dramatic about a black-sand beach.

Dark-hued beaches are often the result of volcanic lava flow over time (like at Kehena Beach in Hawaii) or glacial activity (like at Jökulsárlón Beach in Iceland).

Below is a list of 15 must-see black-sand beaches around the world, all of which possess an unrivaled contrast to the blue waters that lap their shores.

Located on Hawaii’s Big Island, Punalu’u Beach is frequented by sunbathers — and endangered turtles and seals. This black-sand beach gets its dark hue from years of volcanic activity that has laced its sand with lava fragments.

On Tenerife, the largest of the Canary Islands, lies the touristy Playa Jardín. Considered a true urban beach, this stretch was landscaped by artist César Manrique to create a juxtaposition of dark volcanic sands and lush greenery on the nearby shore.

Although it’s not located on an ocean, Georgia’s Ureki Beach lies on one of the Earth’s largest seas: the Black Sea. And while most beaches on the Black Sea do not have sand, this one does and it allegedly has healing properties — something that’s kept swimmers flocking here for centuries.

Santorini is known for its stunning beachfronts and stark white stone buildings, but Perivolos Beach on the island’s southern shore is lesser known. Head to this beach, in the town of Perissa, and take in the sight of ancient black sand next to the deep blue of the Mediterranean.

Kehena Beach, on Hawaii’s Big Island, is a small strip of sand surrounded by cliffs. It’s also a popular choice among visitors who like to sunbathe nude (although this is technically not allowed).

On the western coast of New Zealand’s North Island lies Piha Beach, an oftentimes rough surf beach complete with black sand. Visitors claim that in the summer, the sand is hotter here than on most other beaches.

For centuries, Japanese artists have depicted the majestic Mount Fuji from the shores of Miho no Matsubara, a beach that provides perfect views of the summit. The beach is also known for its distinctive pine trees.

Iceland is a hotbed of volcanic and geothermal activity, and it is these natural forces that created the black sands at Jökulsárlón Beach. Located on a glacial lake in southeastern Iceland, Jökulsárlón is known for its glistening black sand covered in large pieces of icebergs. For this reason, it has gained the moniker “Diamond Beach.”

Though surfers head here for sought-after right-hand barrel waves, Playa Negra also lures visitors with its long stretch of black sand (hence its name). Note: The beach is only accessible by dirt road.

Tucked away next to the green mountains of Tahiti, Papenoo Beach draws adventure seekers because of the river mouth that empties there. Waters can get rough, but the stark black sands make it worth the visit.

Italy is known for its picturesque coastline, but this volcanic island off the coast of Sicily offers a unique black-sand beach popular among locals and visitors alike.

You don’t have to take a long-haul flight to see a dramatic dark coast. Black Sands Beach, near San Fransisco, offers an option for beachgoers in the continental United States.

Sure, Puerto Rico is home to plenty of stunning golden beaches, but this peaceful black-sand stretch (aptly named Playa Negra) is a must-see if you’re in the area.

This black-sand beach is located just steps from the Rosalie Bay eco-resort, where you can enjoy views of the distinctly colored sand from your room. Plus, this is a popular beach for sea turtle nesting.

This stunning beach in Bali is especially popular among surfers, so it’s a great place to hit the waves (or at least watch as surfers ride in over the black sand).

Vassilis Kikilias had a meeting with the Ambassador Mykonos HACC N.Y. at WTM London

Have you booked your summer escape to paradise of Petit Palace Suites Santorini?

Welcome to the hidden paradise of Santorini at Amor Hideaway Villas

Looking the sunset with the company of Caldera Yachting